The Making of the Digital Inspection Video

​A behind the scenes look at the hard work involved in the making of this informative video.

Man, what a hassle.

Toting gear up and down the house stairs is the beginning, and I sure ain’t what I used to be.

I have a foldable hand truck (cart) that helps with the totin’, but it’s still a pain, what with a bad back, bad knee, weak mind, etc.

So I am the writer.
I am the producer.
I am the “talent”.
(Man, am I using that word loosely!)
I am the camera guy x 2 cameras.
I am the sound guy.
And I am the roadie.
YIKES!
Oh, and apparently I am also the studio owner as I pay for everything myself.
Oops, I forgot marketing director, and janitor.

I will be spending Saturday and Sunday trying to get all the filming done. Mixing and editing can be done over the course of the next week.

Oh looky, I found an appropriate word: mas·och·ist
(In general use) a person who enjoys an activity that appears to be painful or tedious.
Yup! That’s about right! 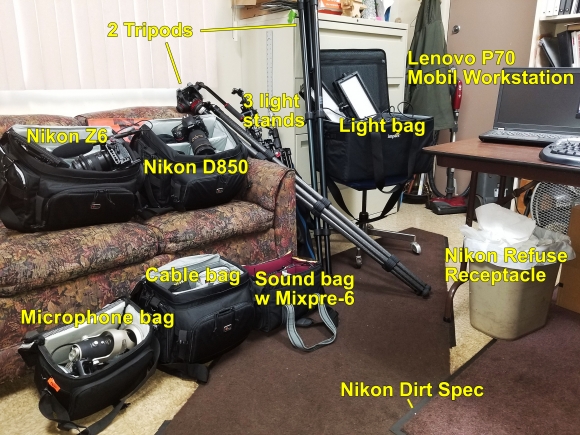 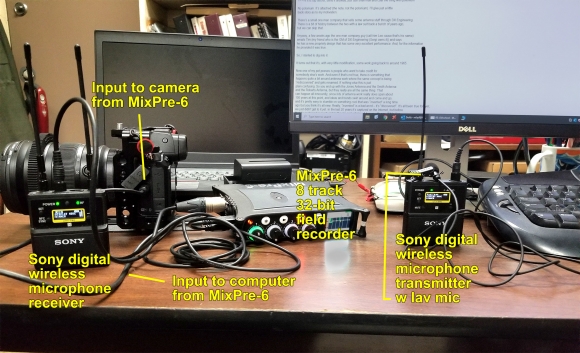 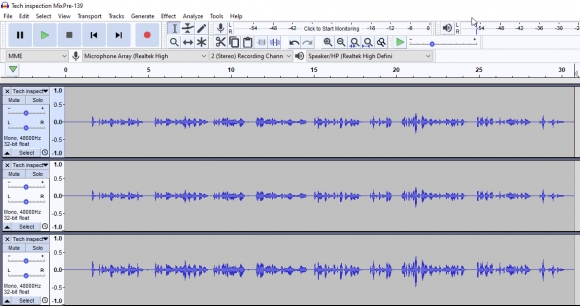 Why all the emphasis on sound quality? I have read and experienced the following dozens of times. I’m sure you have too. When watching video, a viewer will turn it off sooner due to poor sound and clean video than with clean sound and poor video. This matches my experience, also having happily watched concerts on YouTube with good sound but poor video while I turned off concerts with clean video but poor sound. That even includes loud crowd noise.

So before you get TOO bored with all the mumbo jumbo, here’s the final result: