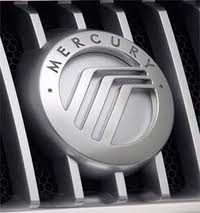 Mercury’s From The Beginning
DeKalb and Northern Illinois saw Motor Works open its doors to the public in March, 1984. We are a one-stop-shop offering every conceivable automotive amenity. Since our first day, Mercury service and repair has been an important part of our business. Towards that end, our staff includes three ASE Master Certified Specialists.

Gone But Not Forgotten
Ford phased out the Mercury Division in 2011. I for one am sad to see it go. Mercury built some really great, modern cars. A few that come to mind are the Grand Marquis (I owned an old 1978), the Cougar, the 302 horsepower Marauder, and that amazing workhorse the Sable.

Even more impressive is the pedigree behind some of these cars. I learned to drive and started my first job as an automotive technician in 1970. The cars under my wrenches came from an era of automotive passion, the 1960’s and early 1970’s, never to be seen again. Mercury’s contribution to the decade where luxury and muscle cars reached their pinnacle was no small deal! Please see What A Time To Be a Gearhead below.

Schools And Tools
Mercury was Ford’s intermediate luxury division, just below Lincoln. As such these cars borrowed a very impressive technological resume from their posh cousins. It takes a major commitment in training and tooling to service and repair these cars properly. Motor Works’ dedication includes thousands of dollars of unique tooling and computer scanners.

From The Smallest Service To The Biggest Repair
We offer everything from light bulbs to transmission overhauls, “check engine lights” to motor replacements. We are comfortable with all the manufacturer’s models and strive to deliver the service you deserve.

Mercury owners in DeKalb and Northern Illinois choose Motor Works because of our reputation for excellence, we hope you’ll choose us too.

Schedule Today!
If you would like to bring your Mercury in for repair or service please schedule an appointment online or call us at 815-756-2882 to speak to our friendly staff.

What A Time To Be a Gearhead
So far the 1960’s have had no equal as the automotive nadir of the luxury and muscle car. In the luxury car camp are the Cadillac Eldorado Biarritz Convertible with its huge tailfins, the Lincoln Continental with its suicide doors, and the Chrysler Imperial with its ornate coach lights. The muscle car list must include the 63’ Corvette Sting Ray Split Rear Window Coupe, the 450 horsepower 1970 Chevelle SS 454 with Cowl Induction, the 1970 Plymouth 426 Hemi Barracuda, and the 650 horsepower 1967 Shelby 427 GT-500 Super Snake Mustang.

Mercury, while not necessarily in the top ten great all time cars, might very well start at eleven.

First on the list would be the Pace Car for the 1966 Indianapolis 500; A 390 horsepower Cyclone GT 427 convertible. (Note: the 427 is Ford’s racing motor. Actual delivered horsepower was usually much higher than the published specs listed here.) Arguably one of the best looking muscle cars ever built, Mercury paralleled Ford with their racing success.

A most uncommon sedan, the 1964 Montery with its reverse facing power rear window must also be mentioned. I spent two weeks in this car on vacation. What a blast, both literally and figuratively. Oh, one more thing, the Montery was a “sleeper”. It came with an optional 425 horsepower 427 cubic inch racing motor. Yes, you could burn the rear tires completely off the car!

Quickly becoming a cult classic is the 1969 Mercury Cougar. Longer, and more luxurious than its Mustang sibling, with its upscale interior, sequential taillights and hidden headlights, it is no less focused on performance. In its 1968 XR-7G form, the Cougar sported two engines both exceeding 400 horsepower; the 428 Cobra Jet and the 427 racing engine.

I could go on, but had best close by saying Car and Driver and Road & Track Magazines were the bibles of a generation of cars unmatched to this day. Now gone but not forgotten, Mercury was often lauded between their covers. This was an extraordinary time to be a Gearhead. Thanks for listening, Marty.

Pick a date to schedule an appointment. Our staff will contact you to confirm availability.