The Incident - Not One of My Better Moments

All of us have our failings. A toy car was mine. 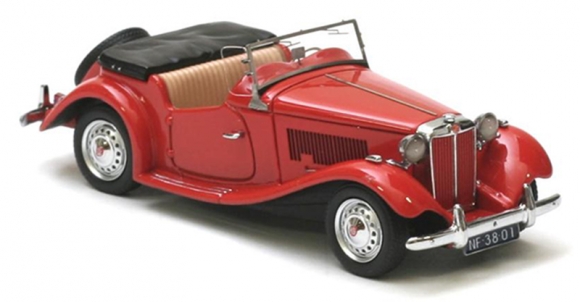 I remember this incident as though it was yesterday, and it wasn’t one of my better moments. Thoroughly worn out on a 92 degree summer’s day, the shop clock was approaching 4:30. I was starting to think about home and some air conditioned relief. Cars and customers had been boiling over since 10:00 that morning. Days like this are an auto shop owner’s dream. The cars come rolling in with cooling system, battery and AC problems. You know you can finally pay some bills at day’s end, but the rub is, cars belong to people whose internal versions of cooling systems, batteries and air conditioning are maxed out. Inevitably, hot customers become grumpy customers. Isn’t it funny then, not ha-ha funny but strange funny, you wish for hot days because it’s hard on cars and good for business. However, by 4:30 you wish it had never been hot in the first place. What’s the old saying “be careful what you wish for, you may get it!”

At 4:35 that afternoon a fella comes into the shop whom I had never met before. Extending my hand, I offer a warm “Hi-ya, how are you?” “Fine” he said tentatively. Then I notice he had something intriguing under his right arm. He put it down to shake my hand and I was transfixed. It was the most beautiful cast replica of an MG TD I had ever seen. Clearly visible were doors that opened, rubber tires, and a real folding top. Noticing my interest, he moved the steering wheel and the tires turned. He then flicked a tiny switch on the dash and the head and taillights came on.

The car instantly transported me back to my fondest childhood playtime memories. I just had to have that car! “I’ll give you 25 dollars for your car” I told him. A quiet “no” was all he said. “Ok, then, how about 50 dollars?” This time the “No” was a little more emphatic. Getting desperate I started to wail “look I’ve just gotta have that car. I’ll give you a hundred dollars for it!” “N,N,N,OOOO…….!” he stammered, by now getting quite alarmed.

I saw my last chance disappearing so I grabbed for the car. He, noticing my obvious obsession, was already reaching to take it back. We both latched onto the car at the same time and a tussle ensued. I outweighed him by a hundred pounds and had muscle on my side, but he was so quick he easily countered every turn and twist I made.

The tussle started to degenerate into a street fight; biting, kicking, scratching, gouging out eyes. The insults flew. “You’re ugly and stupid! Gimme back my car!” he yelled. Well, I knew he was right about one of them, but I didn’t have time to figure out which one so I just yelled back. “Am not! You got green teeth!” “Don’t either! You’re ugly and stupid and fat!” He shouted.

Now that one really hurt. It was as though I had been hit with a flaming arrow. I wasn’t going to take anymore, so I wound up for the biggest insult I could think of. “YOUR MOTHER……” He quickly cut me off, “DON’T SAY IT!” He screamed. “YOUR MOTHER WEARS……” “DON’T YOU SAY IT!” He screamed again. I knew I was over the edge, but in the heat of battle I just had to say it. “YOUR MOTHER WEARS ARMY BOOTS!” “AHHHH……..” He roared and launched himself at me like a guided missile with both arms stretched out and both fists curled into murderous weapons.

When I finally came to, I found him standing quietly with compassion on his face, holding the car out to me. “Mister” he said “I’d like you to have this car. You put up a real good fight and I didn’t much like it anyway.”

“Thanks.” Was all I could blurt out. His father, having watched the whole thing from a few feet away put his hand on the kid’s shoulder and said “I’m proud of you son.” They both turned and walked out. And that ends the story of the toughest 5 year old I ever fought.